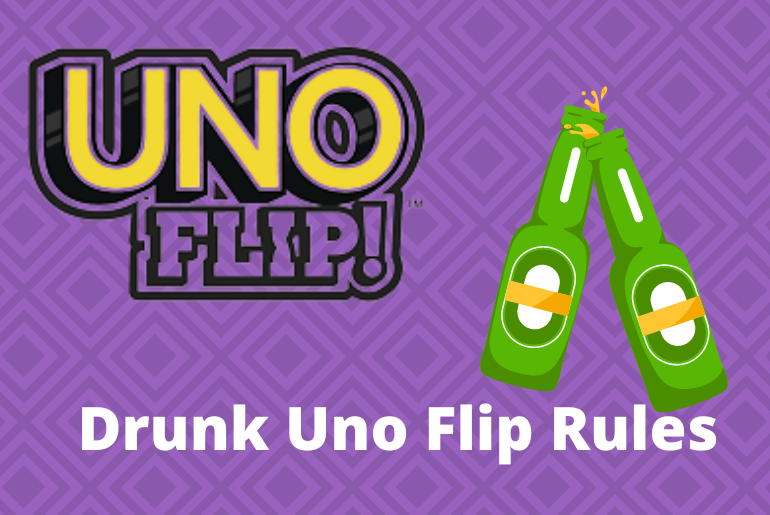 Hey folks, we are back with another and most requested version of Uno and it is drunk uno flip. I know you guys have been searching for this game rules for a long time but didn’t get anywhere. Now, no need to worry, we have made it and I am pretty much sure you gonna love it while playing.

Previously, we have shared drunk uno rules and you guys loved that too and I hope you guys gonna love this too. This is a perfect house party game to make the party more exciting and fun. Rules are almost similar to Uno flip rules except few of these changes, which we have mentioned below.

The objective of this game is only to have fun and enjoy. But you can make a goal like normal uno or any other version of uno. The player who gets rid of all of their cards won the game and all of their opponent’s points will be yours and the whoever reaches first 500 points will win the match.

Things You Gonna Need in this Game

If a player plays the draw 1 card then the next player has to take 1 shot or he/she can also save themselves from a shot by adding one more “+1” card on top of it, if they have one. This trick will lead the other next person to take 2 shots and draw 2 cards from the pile. This can continue until draw 1 card finishes. You cannot put “+2 wild card” on “+1” in this particular uno version.

+2 Wild Card = 2 Shots + Draw cards from the pile and change the color.

If a player plays the draw 2 wild card then the next player has to take 2 shots, draw 2 cards from the draw pile and have to skip his/her chance. The player who played the wild card has to change the color.

When a player plays “Skip Card” the skipped player has to take a shot and their chance gets skipped too.

If a player plays the draw 5 wild card then the next player has to take 5 shots, draw 5 cards from the draw pile and have to skip his/her chance. You cannot put any other +5 card to save yourself.

Everyone Skip Card = 1 Shot but with Twist

Wild Draw Color Card = Shots until gets the color

Common Rules for Both the sides

When a player plays “Reverse Card” the reversed player has to take a shot. Basically, the player who sits on the right side has to drink.

If a player plays this card then everyone has to take one shot and the color will be changed by the player who played that card.

Whenever a player plays uno flip card then all the players have to take a piece of lemon and suck it until all the juice gets finished. This will clear the taste palate and make you feel refreshed.

If you don’t have a card to play then pick it up from the draw pile card and eat snacks.

if a person doesn’t say Uno in his second last card he/she has to pick 4 cards from the draw pile and take 2 shots. Which adds more fun to this game.

The player who won the game will select any player and they must have to take 3 shots. You can do this after every match gets ends or after every set gets ends. Decide according to the scoring board points which we have mentioned below, how you can decide the winner.

If a player forgets this chance or not being attentive due to consumption of liqu*r. Then he/she has to take 1 shot. So, please be attentive while playing drunk uno.

Note
You can set the difficulty level of this game according to you. You can take sips as well instead of shots. The minimum number of players which we recommend is 5. More players have more fun and get enough time to digest the drink.

So, let’s talk about how to calculate the score and who will win the game and how. Basically, the player who gets rid from all of their cards won the game and all of their opponent’s points will be yours and the whoever reaches first 500 points will win the match or there is another way to score points is to keep a running tally of the points each player is left with at the end of each round. When one player reaches 500 points, the player with the lowest points is the winner. The player who won the game will select any player and they must have to take 3 shots as mentioned in rule no. 12.

Note: Remember to score points based on which side (light or dark) the game ended.

We enjoyed this game a lot while trial attempts and spending so much time we finally come up with a super cool version of Uno Flip. Please do try this game and let us know in the comment section which did you like it or not. Open to your feedback and let us know which post you want us to cover. 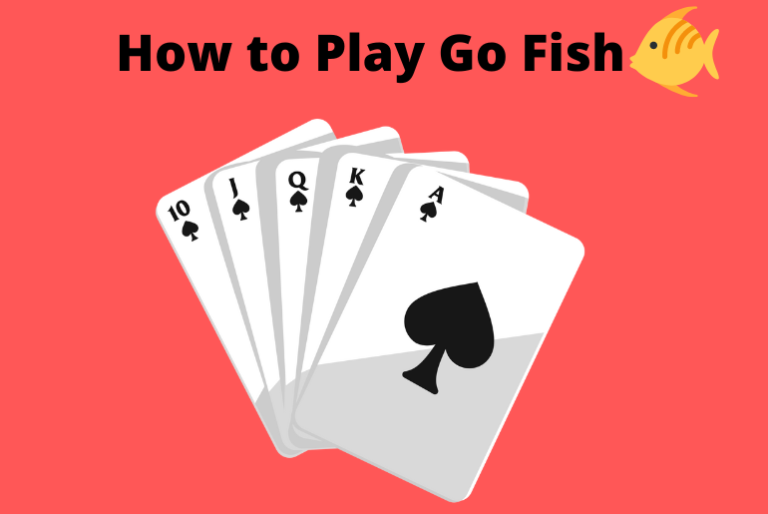 Objective of the Game The object of the game is to collect the most four of a kinds. Setup Shuffle a standard deck of the playing cards and deal 5 cards to each player. Place the remaining cards in the center of the table to form the draw pile. Check out this Go Fish Variation:… 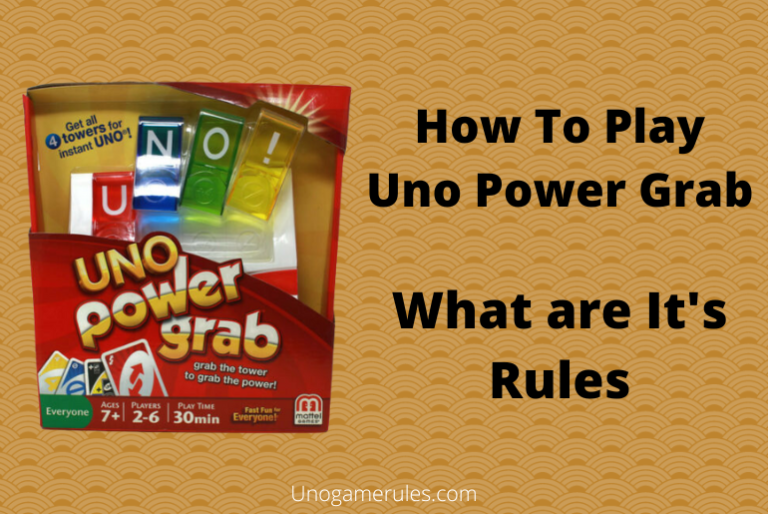 What is Uno Power Grab? Uno grab power is a tweaked version of official uno. There are 4 towers that help you to protect against the power cards which feels like we have some superpowers in the game and that really excites the most. So you get plenty of time to grab the power tower… We’re back with a new edition of Uno Flip Rules! This time, we’re taking a look at the best show of Netflix’s “Stranger Things.” A few months ago I was having a conversation with my brother and he said, “I’m sure there’s a way to play Uno with the rules of Stranger Things.” And there…